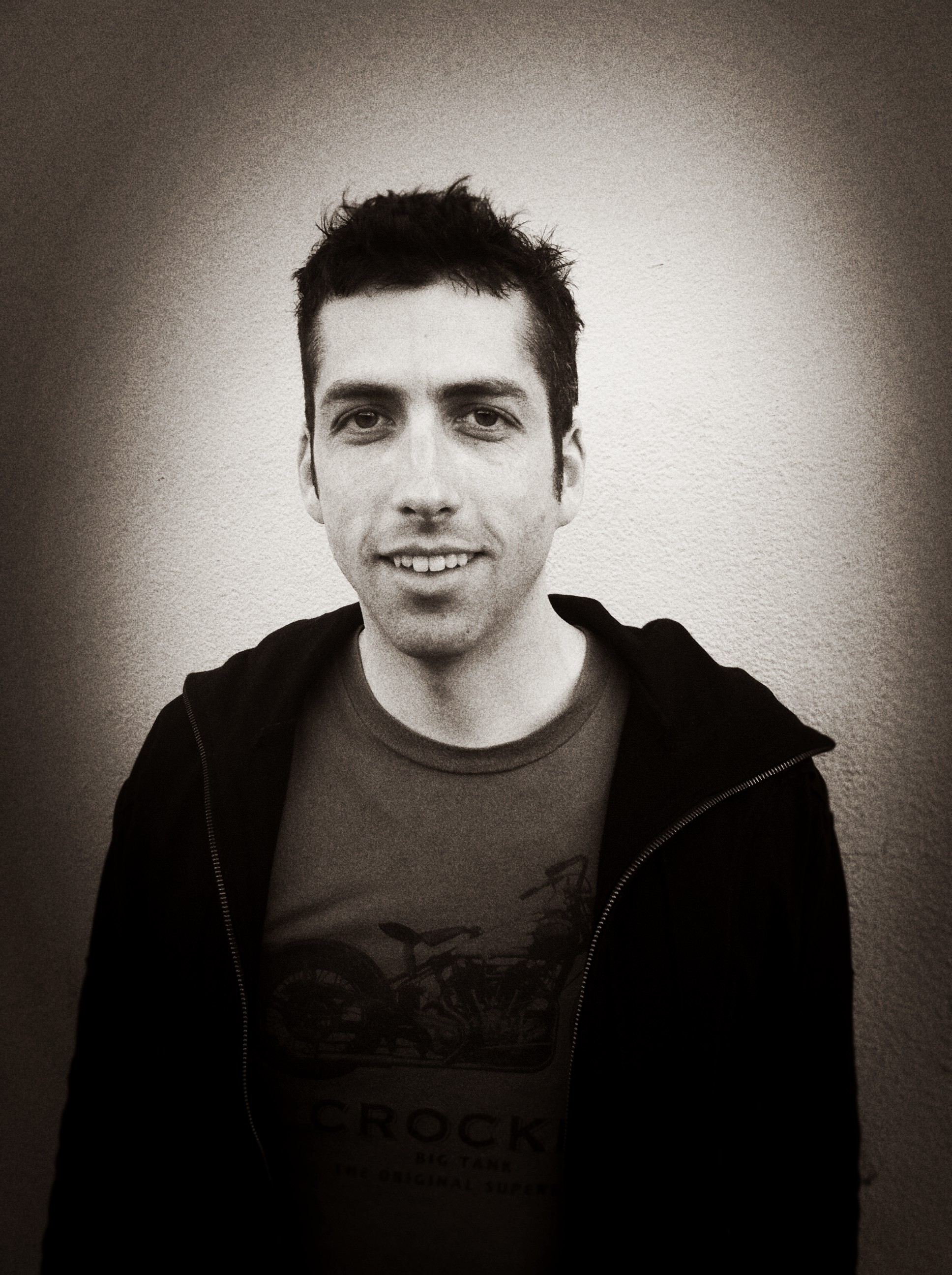 Internet marketing is my area of expertise. Past consulting clients include eBay, CafePress, DocuSign, myfab, and DeepDyve. Visit my consulting site at Market Extend.
blog

Last week I had a chance to spend some time at Macworld in San Francisco. This pic is from a session called Meet The Podcasters. Three of my favorite podcasters were on the panel: David Sparks and Katie Floyd, the hosts of Mac Power Users, and Allison Sheridan, the host of Nosillacast. Don McAllister, creator of ScreenCastsOnline was also on the panel.

Later at a few parties I got a chance to meet some of the folks on the panel. David Sparks gave me a bit of advice on using Markdown and working with a copy editor. Don McAllister explained how he manages tasks for his team using Podio. I’ll have to check out that service.

While I did find some of the Macworld sessions useful, and it’s cool to look at the products, chatting with folks that create the awesome stuff I appreciate is the best reason to go.

For years I’ve been using the mStand from Rain Design to prop up my Macbook Air. While it’s great for my home office, the mStand is a U shaped hunk of metal that’s not meant for carting around. I wanted something like the mStand that’s portable.

Last week, I learned about The Roost Stand, an ultra portable stand for the MacBook Pro or MacBook Air. Then I listened to an interview with James Olander, the creator of The Roost Stand, on an episode of the Think, Make, Sell podcast. The interview closed the sale for me. The Roost Stand is a great product. I highly recommend it!

The Roost Stand got it’s start as a Kickstarter project. Take a look at the Kickstarter video.

Here’s a video showing how to open and close The Roost Stand.

This video shows The Roost Stand holding over 132lbs!

This is a side view pic of the Roost Stand on my desk.

Understanding the Twitter Bootstrap 3 grid system can be really confusing. In Bootstrap 2.3.2 there was only one kind of column. Bootstrap 3 has four column sizes. I was looking for a tutorial showing how the grid operates for different device screen sizes (mobile, tablet, desktop). The best explanation I found is from easydevtuts on YouTube. The color coded examples of rows and columns make it really easy to see how the grid works.

For reference here are the notes taken over the course of the five videos on the Bootstrap 3 grid.

Wireframing With Omnigraffle – Get The Guide That Makes It Easy

For the past few years I’ve been using Omnigraffle to create wireframes for new websites I build. Each time the process took longer than it should because I was always slapping layers and layers on top of each other and fiddling with the formatting.

Recently I found a guide on using Omnigraffle for wireframes from CX Partners, a customer experience consultancy.

The guide allowed me to crank out the wireframes for a pretty complex site in two days. The guide was written for Omnigraffle 5. The Omnigroup just released Omnigraffle 6 a few days ago, so some settings may be a little different, but it should be mostly the same.

If you’re using Omnigraffle for wireframes I highly recommend you download the guide. Just click on the image below. 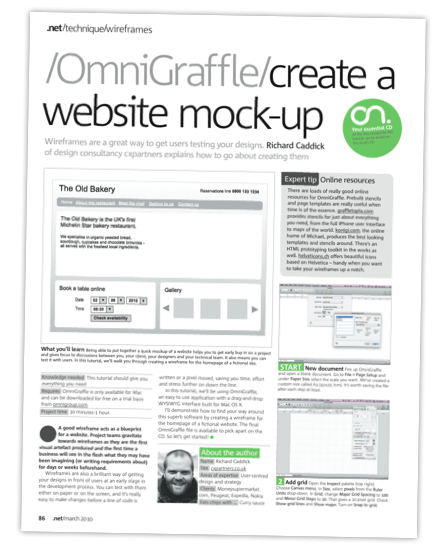 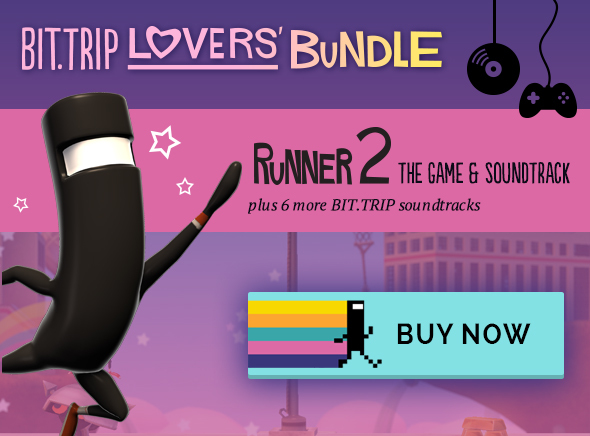 I had a chance to play Runner2 last night. It’s the first game I’ve played through Steam. Steam worked pretty good on my MacBook Air, only a few hiccups. I was surprised to see how the Steam app makes your Mac a game console. In Big Screen Mode it seemed like an Xbox 360.

While Runner2 only has a few controls, Steam recommends using an Xbox 360 game controller. A third-party driver must be used to enable the Xbox 360 controller on a Mac. The driver is available from a site called Tattiebogle. With the driver you can use a wired Xbox 360 controller or a wireless one if you also have the Microsoft Wireless Gaming Receiver for Windows. The receiver costs about $10 or $12 on Amazon.

If I get any more Steam games I may dust off the old Xbox 360 controller.

Hazel (http://www.noodlesoft.com) is a Mac automation app that, among many other things, can be used to automatically move files into sub folders based on filenames. Some great tutorials already show how to do this using the “Created Date” of a file. Here are a few:

What if you’re doing an expense report? It’s likely that your expenses may be for the previous month so using the created date won’t help you as the created date will be the present date. Instead the answer is to use “Custom Tokens”.

The video below shows how to setup file sorting in Hazel based on custom tokens.

Here’s the naming convention I reviewed in the video:

Thanks for the post.:-) It really helped me out!

Thanks Jamie - please keep this post up. It really helped me, and I'm sure it will help many others who doesn't grasp the use of custom tokens and matching patterns in Hazel. It's not that obvious in Support threads and documentation. Thanks again.

Here’s a short video on process mapping a PB & J sandwich. This is a simple example anyone can understand. Milk is the only thing missing 😉

There’s a new iPad app to visually structure business models based on the Business Model Generation methodology. The methodology is outlined in the book
Business Model Generation: A Handbook for Visionaries, Game Changers, and Challengers. Alex Osterwalder, one of the writers of the book, used paper prototyping to show how the new app will function.

As the name indicates, paper prototyping uses paper to mockup user interface designs. There’s a good book on paper prototyping called Paper Prototyping: The Fast and Easy Way to Design and Refine User Interfaces. It was recommended to me by Dan Arkind, the CEO of JobScore.

In the videos below, Alex uses paper prototyping on top of his iPad. Showing the paper prototype this way is really powerful. Since we can see the iPad underneath the paper, the simulation is enhanced as it really seems as if we’re looking at an iPad app.

I’ll consider buying this app when it makes it into the App Store. However, it may still be best to do the Business Model Generation work on paper. 🙂

Here’s a video showing the alpha version of the app:

Thanks for sharing, Jamie.

I've used paper prototyping in the past. It works great, but it's hard to edit an iterate.

I started using Apple Keynote to prototype iPad apps and test them on the iPad, and it works like a charm.

Here is a quick video showing the outcome: http://bit.ly/iPadSD

1) Categories
Grab a piece of paper and define the categories for your project. My schedules usually deal with Internet marketing so my categories often include email marketing, affiliate marketing, search engine marketing, etc.

2) Structure
Go back to your paper and map out how you’re going to organize your Post-It notes. Draw a large rectangle on the paper. One option is to place your categories along the top of the rectangle and the units of time you’ve chosen (e.g. week, months, years) along the left side of the rectangle. This gives you the framework for your workspace.

3) Build the Workspace
Take a roll of brown paper and cut off a piece big enough to cover a good chunk of a wall. Then make equally spaced vertical lines on the paper. This gives you some structure to organize the Post-It notes. Then tack the paper to the wall with some wall putty.

4) Moving to the Wall
Ideally, you’ll have some Post-Its in a few colors. I use green for categories, purple for the months, pink for items that require a setup process, and blue for the launch of a specific marketing initiative.

Start by placing the categories and months on the paper. Then create the items that will go into the schedule. Don’t worry about putting them in the right month or even the right category at first. Just get the info out of your head and onto the Post-Its.

Once you’ve created a few Post-Its, start shifting them into the appropriate categories and months. Keep going until the schedule is done.

Here’s a marketing launch schedule I built using the technique described above.

5) Making It Pretty
At this point you can copy your schedule into Microsoft Project or another project planning tool. One choice is to use the Post-It schedule as the basis for a graphic that will look great in a presentation.

Here’s a graphic I made based on the Post-It Note schedule shown above.

If you have OmniGraffle you can use my template to build a visual project schedule.

. The technique I described above is a bit different than what the book covers. I think the book would describe what I did as a variation on a bottom up decision tree.

You weren't inspired to do this by John's beautiful rainbows of post-its back at RevCube?!?!

I kid, this looks a little more organized :)

You're right. John's process was an influence.

You're right. John's process was an influence.